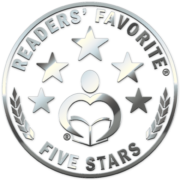 What do you get when you cross a Bill Bryson travelogue with John Gray’s Men are from Mars; Women are from Venus? The answer would be something pretty close to Eytan Uliel’s Man Mission, a captivating story of four men who develop an annual tradition of going away together on testosterone-fueled, grueling, extreme, exhilarating, and above all, manly getaways. But it’s not just about their adrenaline-filled experiences in exotic locations; the story ties in with their personal lives: their respective careers, their relationships, dreams, and disappointments. How do their girlfriends and wives feel about these getaways? How do the men deal with each other, and their respective attitudes? What will they do for each other when the chips are down?

Man Mission has a number of outstanding qualities. First, it is written beautifully. Uliel has a superb command of English, and the prose is thoroughly enjoyable to read. Second, it is fun. The adventures of our four heroes are exhilarating, and the dialogue is realistic, witty, and often hilarious. Third, it is deeply human and thought-provoking. It’s not just that it’s charmingly irreverent about the characters’ flaws; it deals frankly with their human emotions and frailties in all their vulnerable beauty. And it gets dark at points; at times I found myself squirming at the shocking behavior of the main character. But beneath all the bravado, adventure, wit, and testosterone, it is about human beings, for better or for worse. While I rate it a solid five stars, it comes with a “mature audience” alert: there are no explicit scenes, but a significant part of the narrative deals with sexual issues, and the dialogue is liberally peppered with strong language. It is a thoroughly excellent book, a curious but well-executed blend of fun and adventure with serious and thought-provoking human issues.