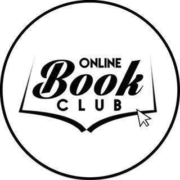 Head Waggling in Delhi and Other Travel Tales from an Epic Journey around India is a travel memoir by Eytan Uliel. He candidly captures the essence of India through his writing and details the multi-faceted Indian lifestyle and culture with a lively fusion of witty humor and a grand sense of adventure. He describes the journey that he and his girlfriend take from Varanasi to Delhi as two lone backpacker tourists in the 1990s. For Uliel, living in India presents an array of challenges in addition to the culture clash, but he realizes that it is also a land filled with rich history, unique people, fascinating culture, and breathtaking natural landscapes.

According to Uliel, one of the most distinctive features of Indians is their habit of frequent nodding, which he calls ‘head waggling’. He describes it as a whole other language, where a waggle can have a multitude of different meanings. Although he encounters pockets of different cultures within the various towns of India, one unique characteristic binds all of India’s people, regardless of their social status – head waggling. His book, aptly named, is the main reason why I chose to read this travel memoir. The title intrigued me because it was different, and I sensed that this book was going to be an epic read. I was not disappointed.

I loved Uliel’s conversational tone throughout the book. His humorous way of story-telling made me burst out laughing more than once. I liked how he described characters based on their garments, such as ‘Red Pants’ and ‘Floral Shirt’. One memorable incident occurred in Goa, where he hung out his laundry outside to dry and was reprimanded by a fellow tourist for packing too many underwears. I felt like he was telling me his travel stories in person as if he had just gotten back from India and I was his friend excitedly hanging on to every delicious morsel of adventure and laughing at every hilarious situation he seemed to find himself in.

India’s rich history was one of the most fascinating things in the book. In addition to writing about various places in India, Uliel also included historical information about them. The world-famous Taj Mahal had a very heartwarming history behind its construction. The caves of Ajanta and the mysterious hex placed upon the carvings there by the original inhabitants were extremely fascinating to read about. The strange historical tale of the nearly impenetrable fort at Daulatabad was gory but captivating. Whereas historical accounts tend to make dull reading, Uliel’s descriptions were vivaciously written. I truly relished reading about India’s history in this book.

I appreciated that the author not only wrote about his positive experiences in India, but he also described the country’s undesirable countenances like the frustrations of traveling via rail, the extreme weather, the blatant poverty and homelessness, the sad fates of young women in the red-light districts, and the brazen extortion of money by locals. Including these features helped me to get a real, uncensored account of life in India.

Uliel’s travel memoir is certainly worth reading. Uliel captured the true spirit of India and its diverse cultures, places, history, people, and lifestyle with his witty story-telling. 4 out of 4 stars.